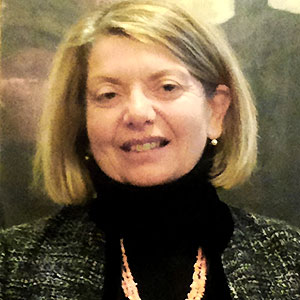 Donatella Gavrilovich is Associate Professor, University of Rome Tor Vergata, of History of Theatre and Digital Technologies for the cataloging of the theatrical heritage assets. The area of research focuses on the director's theater, acting and set design from the nineteenth century until the contemporary era and on matters relating to the enhancement of theatrical cultural assets in Italy and Europe. She founded in 2012 and directs scientific publishing series "Arti dello Spettacolo/Performing Arts" and in 2015 the homonymous online journal http://www.artidellospettacolo-performingarts.com. In 2012 she was invited to take part as an expert at the ECLAP-Europeana project and she began to work with computer graphics engineers of the University of St. Petersburg ITMO in order to create a virtual museum, dedicated to a Russian actress of the twentieth century: http://verakomina.ifmo.ru. She published many monographs, essays and articles in Italian and foreign journals.

This speech presents a research project, which has brought to the creation of the Innovative and structured model for digital cataloguing of the Performing Arts. It is a prototype software, aiming at cataloguing artistic productions, including plays, dances, lyric operas, movies as cultural objects.