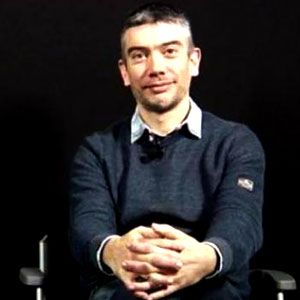 He is a cosmologist working on data analysis for Cosmic Microwave Background observations and galaxy surveys. He graduated with honours in 2001 at Univ. of Rome La Sapienza deriving one of the first limit on CMB non-Gaussianity at degree and sub-degree angular scales from BOOMERanG- B98 data. His thesis has been awarded of the Tito Maiani award of Accademia Nazionale dei Lincei for degree thesis in 2002. Within the same research group, he obtained the PhD in Astronomy in 2005 working on the analysis of BOOMERanG-B03 CMB polarisation. In 2007 he joined the ESA Planck satellite collaboration providing major contributions to the LFI data analysis through HPC techniques especially on power spectrum estimation and likelihood, and acting as LFI coordinator from 2013 to 2016 of the Planck working group on the epoch of reionization. He moved to the ASI Science Data Center in 2009 leading the activities on data analysis for the ESA Planck satellite and other cosmology missions. He joined the Euclid consortium in 2011, participating to the CMB-LSS cross-correlation Science WG and to Organisation Unit NIR of the Science Ground Segment in charge of reducing and calibrating the NISP photometric data, serving as NIR Calibration Scientist since 2014 and OU-NIR lead (20+ members) since Jan 2016. Research Scientist at the Italian Space Agency since Feb 2017, he has been appointed as Head of the ASI Space Science Data Center, a multi-disciplinary, multi-messenger data center. The SSDC currently supports 15+ ASI funded missions in operation, post-operation, or development phase thanks to a 40 people team, which includes staff members and senior scientists from ASI, INAF, and INFN, and professional IT support from industries. While most of its activities are related to the Observation of the Universe, the SSDC recently opened to Earth Observation and to the development of enabling, multi-purposes AI tools and techniques. According to its mission, the SSDC supports the scientific community through the development of user-friendly tools for data access and analysis. For ASI, he is serving as ASI Project Scientist for the Euclid satellite, the LSPE mission, and the SPICA ESA M5 mission candidate. He worked as expert for project evaluation and monitoring for both NASA and the European Commission. He is author and co-author of more than 260 papers on international refereed and non-refereed journals with more than 40000 citations. H-Index: 87 (NASA ADS).